SALAAM24052019050013
In Denmark, say 'hej' to halal Malaysian satay thanks to this woman's passion for cooking
retail-food
Story

In Denmark, say 'hej' to halal Malaysian satay thanks to this woman's passion for cooking 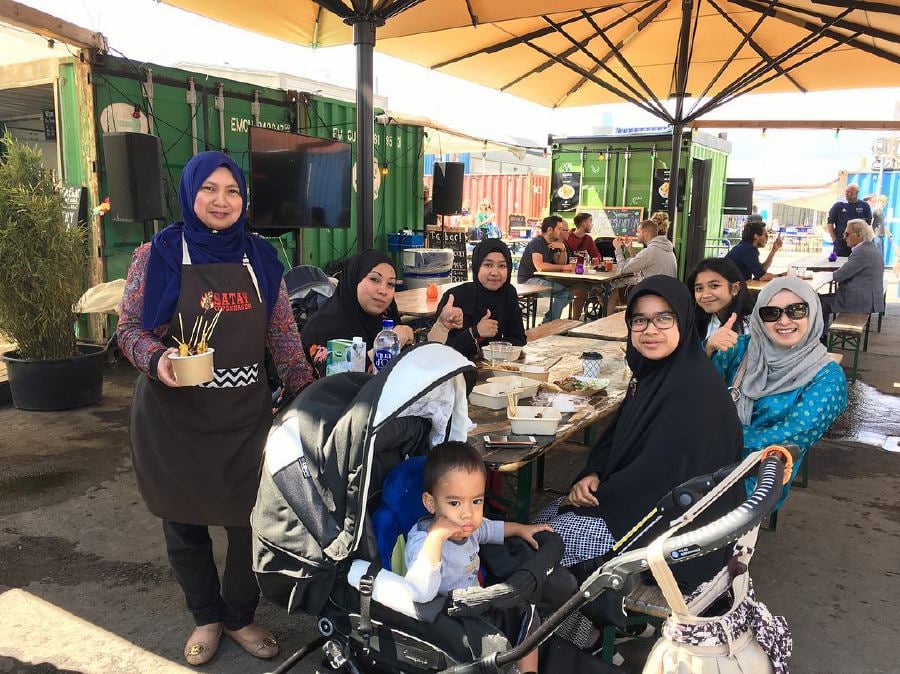 KUALA LUMPUR: Hej is Danish for ‘Hello’. And Sarawak-born Maslina Mahi has added another word to the greeting - satay.

She initially came to Copenhagen, Denmark to accompany her husband who got a job there but her passion for cooking landed her an opportunity to sell satay in the Nordic nation.

In 2018, Maslina, who grew up in Kedah, became the only Malaysian granted a one-year contract to open a container-concept stall at Reffen Street Food, Copenhagen.

“I chose satay because I think this delectable offering has an ‘international soul’, the taste that can be accepted by people of various races and ages around the world as the main ingredient is meat,” said the 46-year-old when contacted through WhatsApp. 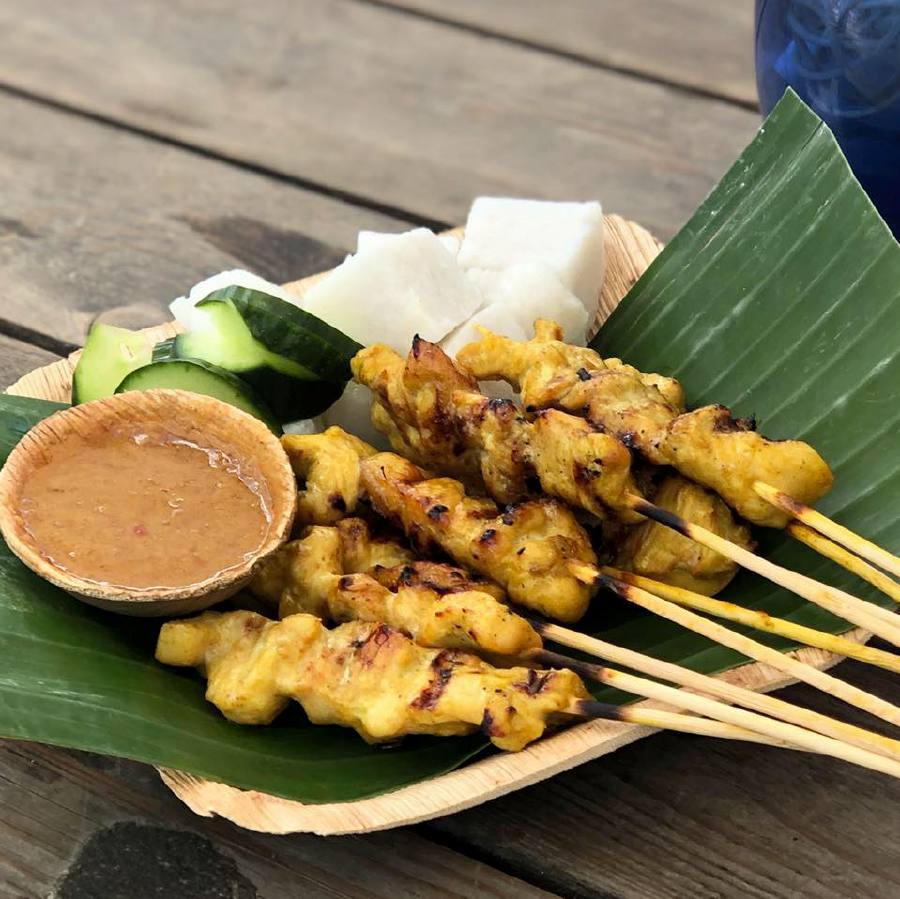 Though she could not recall her very first customer at her ‘Satay Copenhagen’ stall, the wife to Wan Jasmin Wan Abbas, 46, is certainly elated having customers from all over the world, as Reffen Street Food is one of Copenhagen’s tourist hotspots.

“The most exciting moment was having customers from Malaysia who come to give support to the only satay business available here. They are proud to find out that there is a small premise selling Malaysian food at the heart of Copenhagen,” she added.

In order to attract customers who have never tasted Malaysian satay, literally meat on skewers grilled over a charcoal fire, the mother of three said she always provides testers to convince potential customers.

As a result, she said those potential customers would not hesitate to buy, with some becoming her regulars after falling in love with the satay and the home-made peanut sauce.

“From my observation, Asian customers favour the meat more, while the westerners, especially locals prefer the satay sauce. “I try my level best to maintain the original ingredients of Malaysian satay although some menu has to be localised, for instance instead of ketupat, salad is served as a substitute at certain times,” she added.

“Now, Reffen is open seven days a week and the demand for satay is good. I can sell up to 300 sticks and the figure will increase to 600, especially during spring and summer from June until the end of July. However, during winter from October to December, Reffen is only open on weekends, (Friday, Saturday and Sunday) and I can sell about 150 and 200 sticks daily,” she said.

Maslina added that her special menu comes in three sets, consisting of four, six and 10 satay sticks priced from 60 Danish Kroner (DKK) and 100 DKK (RM37 to RM62), where each set comes with cucumber, ketupat, and satay sauce.

Sharing her experience of opening the Satay Copenhagen stall in Reffen, an outdoor street food centre featuring more than 40 food stalls made up of containers and food trucks, Maslina admitted it was not easy at first.

“It’s a challenge to get the contract, too many rules to follow. 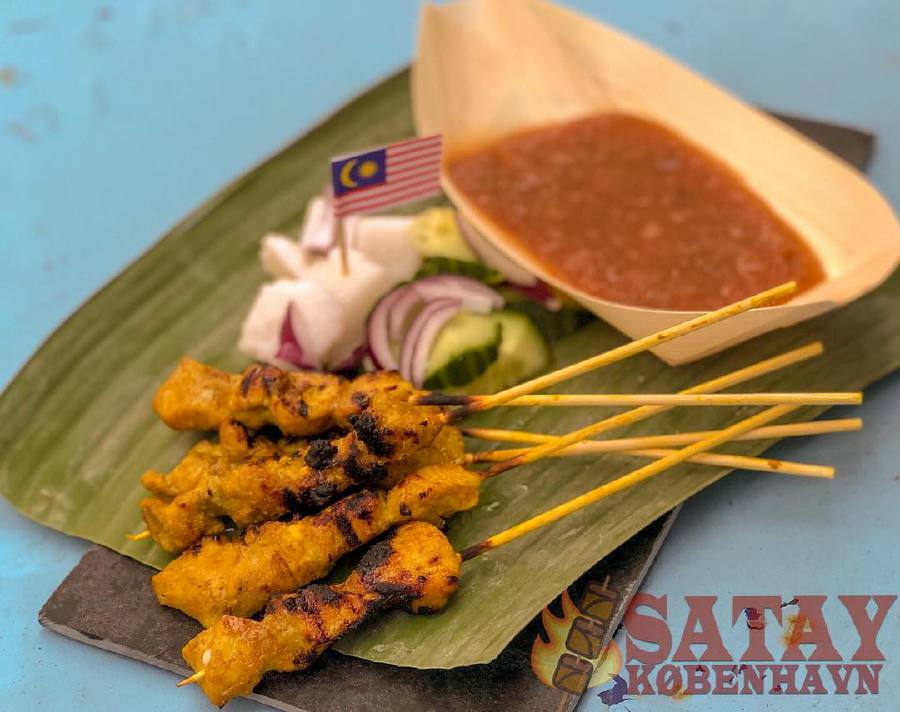 Documentation is in Danish. We initially faced the language barrier as I could not speak Danish.

“In addition, one of the rules of Danish Food Regulations is that all meals served or sold must be cooked at the business premises or certified kitchen (approved by the Food & Health Inspector). So, there were many things that I had to do to prove I can open a stall there,” she said.

After being shortlisted by the Street Food District, founder of Reffen and getting a contract in March 2018, the first challenge she faced was to decorate a 3.048-meter (10ft) container which she described as a ‘gruelling task’ as she spent 120,000 DKK (RM75,000) for renovation and kitchen equipment.

“On top of that, both my husband and I have no knowledge in modifications and interior decoration design and the work to modify the container, while the kitchen had to be completed within a month.

“Fortunately there are Malaysians here who have been very helpful,” she added. On the recipe, Maslina said getting raw ingredients such as spices was no big deal here as it is widely available in Denmark.

“Raw meat is not hard to get as most of the supermarkets sell halal chicken. Meanwhile, we buy beef at the halal slaughterhouse in Copenhagen.

Being granted the contract for the second year, Maslina hoped this simple dishes will attract more people especially westerners to know and enjoy the satay.

“Earlier this year, I started selling chicken rice and the demand is very encouraging. I wish I will be able to sell more Malaysian menus from time to time,” she said. – Bernama

Must-try Ramadan dishes from around the world